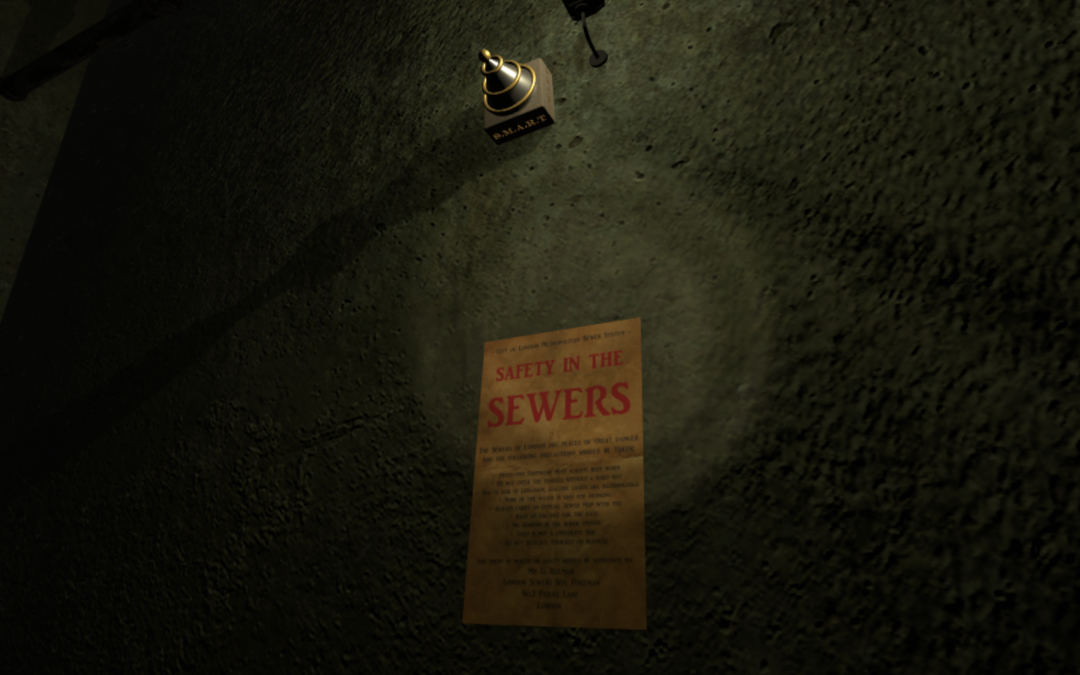 Yes! The new Sewers Mission is now available for all our intrepid SteamHammerers.

You will certainly need your wits about you, as well as a peg for your nose and a good sense of direction, it’s a complete maze of tunnels down therein the sewers.

As you have probably guessed this is not just a pleasant whistle-stop tour of Victorian London’s delightful sewer system, there is serious mission work to turn your talents to.

Naturally there are few more of Professor Rattwurm’s vile rat automatons lurking in the tunnels but by now we are confident you know how best to deal with those pesky blighters, however, be advised we heard there are a ‘couple’ of new enemies for you to combat in the sewers, but don’t let that bug you.

Oh…It is a bit gloomy down there but Dr Springhorn has equipped your exo-suit with a nifty little head torch!

Of course it would be jolly helpful if you could find your way out of the sewers by yourself, we are afraid that Dr Springhorn has a rather sensitive disposition to putrid smellls and unidentifiable soft floating debris… that’s why he is sending YOU! Good Luck SteamHammer!

What’s Springhorn been buggering about with?

What Crazy, Cruel and Unusual Creations come next?